Don't take my word for it: The Anecdotal Toilet Fallacy

I was reading through a civil and considered comment thread about the proposed King Island Wind Farm - a 200-turbine facility on the small community of King Island, Tasmania.

The head of the newly-formed 'No2Taswind' group, Donald Graham, is active on the thread. Unsurprisingly, the anti-wind group has chosen to utilise the hefty influence of a health scare to induce opposition to the facility. It's sad, because real concerns and valid questions are likely to get drowned out in the fury of an emotionally-charged debate. The controversy is manufactured, and demonstrably overblown.

Recently, No2TasWind hired the services of PR firm Wells and Haslem - the agency through which their website is registered. On their website, under the 'Reality Check' section, they state the following:


"The jury is still out on whether wind farms harm people’s health. Strong anecdotal evidence suggests some people suffer serious health problems within 10km of turbines." 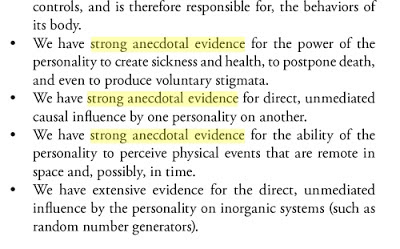 An analogy: Styrofoam has its uses, but you couldn't really use it to build a house. And if you tried to sell it to someone as a replacement for bricks, you probably wouldn't do yourself any favours by calling it "Strong Styrofoam"

The phrase is a telling attempt to load automatic and assumed authority onto a form of evidence that must be taken with several enormous boulders of salt.


"If you don’t think these turbines can affect people, explain why the water in the toilet bowls of some of these houses bounces in time with the rotation of the blades past the tower. Just imagine what it is doing to your head. Sound is changes on air pressure, audible and inaudible."

I can only assume that the report of the water in a toilet bouncing rhythmically in unison with the rotation of wind turbine blades is classified as 'Strong Anecdotal Evidence' - a phrase that will surface more regularly in the increasingly chaotic debate around King Island Wind Farm.
Posted by Ketan at 11:33:00