Olympic Cherry Picking - An Attempt to Cram Blinders Onto Readers

The anonymously-authored blog unironically named 'Stop These Things' proudly claimed that 2014 would be the year that they 'go viral'. In 2013, the blog published death threats directed at wind industry workers.

Unsurprisingly, they're not going viral. Yesterday, they published a post directly attacking a couple of wind farms I'm quite fond of, because they're owned and operated by my employer. The argument is familiar: output varies, therefore destroy all wind farms. You can read a copy here.

They're arrogantly and unashamedly trying to cram blinders onto their readers. Let's have a look at publicly-available generation output for the two wind farms for April and the first three days of May: You can see where this is going. The days they selected for their blog post are shown below with a grey highlight: I've seen cherry-picking before, but the anonymity afforded by their blog means they can deceive with comically brazen clumsiness and without any fear of reproach. "Let's literally only present times with low output" isn't unique to this unread anonymous blog - it happened earlier this year, in a major national broadsheet: 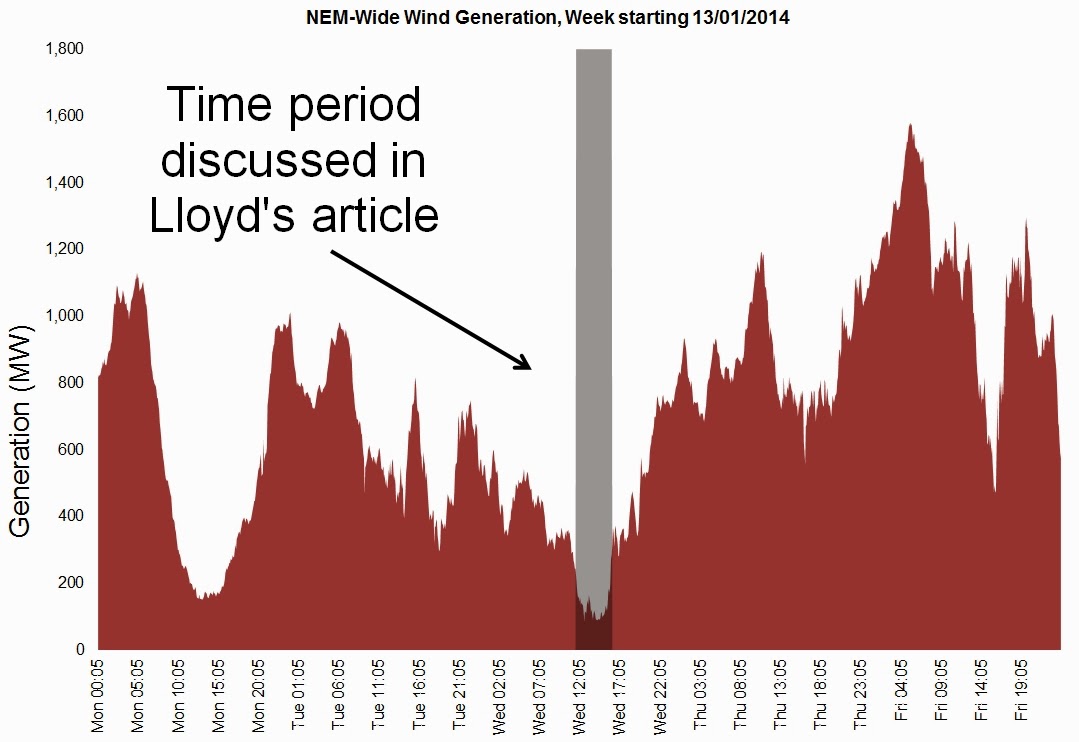 Winds speeds vary over time. These changes are forecast by the market operator, AEMO, quite accurately. This isn't a surprise to most people. It's impossible for the anonymous author of the blog to paint wind as ineffective, and also be honest. They deceive, and therefore they are.