Alan Jones declares (at least) 219,000 Australians Should be Suffering From Wind Turbine Syndrome

Pseudoscience needs drama to survive. Without conflict and heightened emotions, spurious claims based on poor logic stand vulnerable to reasoned assessment. When surrounded by theatrics, you can make any claim you want.

And so, with the drama emerging around the NSW Gullen Range wind farm development, involving several wind turbines built in unapproved locations, comes an unsurprising segue from radio presenter Alan Jones, during an interview with the NSW planning Minister:

"There's any amount of scientific evidence that anyone with ten kilometres of wind turbine (sic) has health problems, and there's international scientific evidence...that will dramatically prove that this a public health disaster"


Well. This is a pretty significant claim. It was curiously echoed by Senator John Madigan in a press release on Thursday:

"Low frequency noise and infrasound from industrial wind power stations are not mentioned in the applicable wind farm noise standard and are not measured. The impacts are not assessed. But ask anyone living near a wind factory and they'll tell you it exists alright. Infrasound is experienced by the body as a sensation, pressure or vibration rather than heard"


Again, it's explicitly stated that 'infrasound' impacts everyone - the mere existence of a low frequency is merciless, no one is spared.

As it happens, infrasound is everywhere, and most environments are significantly 'louder' (in terms of infrasound) than environments near operational wind farms: 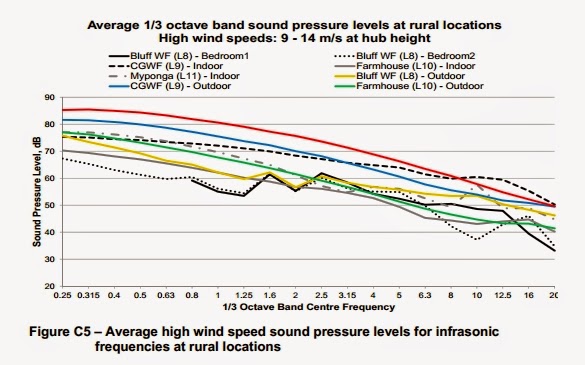 For the sake of curiosity, let's assume Jones' warnings are accurate - anyone within ten kilometres of a wind turbine is going to 'have health problems' - the map below shows a ten kilometre radius around the mid-point of each Australian wind farm (the coordinate set is a little old so a few newer farms may have been left out), along with a pin indicating a rough installed capacity. Zoom in to the pins to see the radii:

There are a few towns that are completely engulfed by the Alan Jones' 'Wind Turbine Syndrome' radius, including: 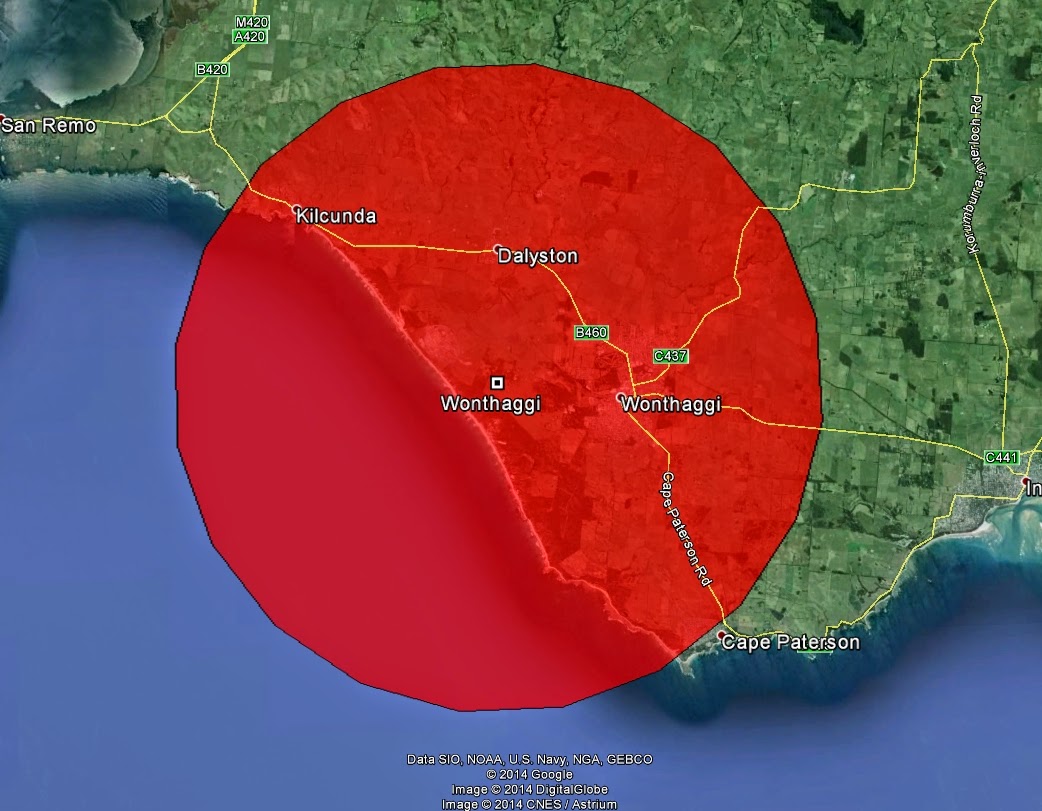 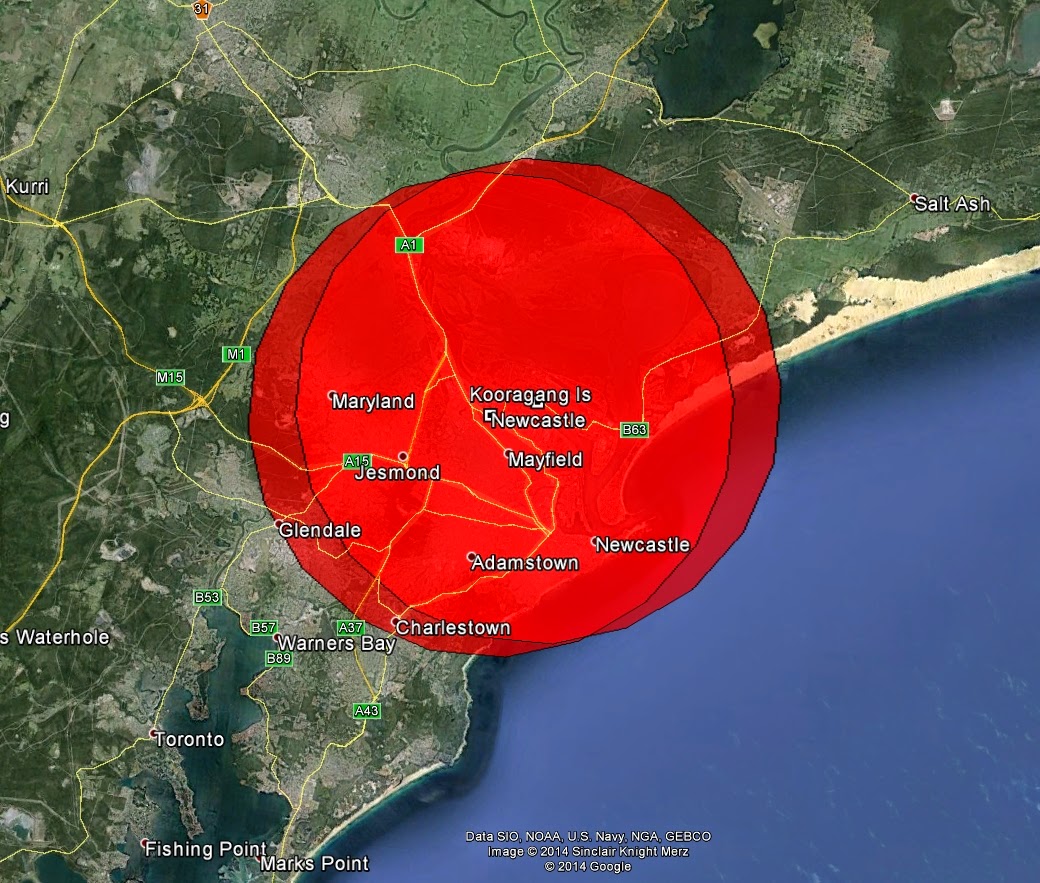 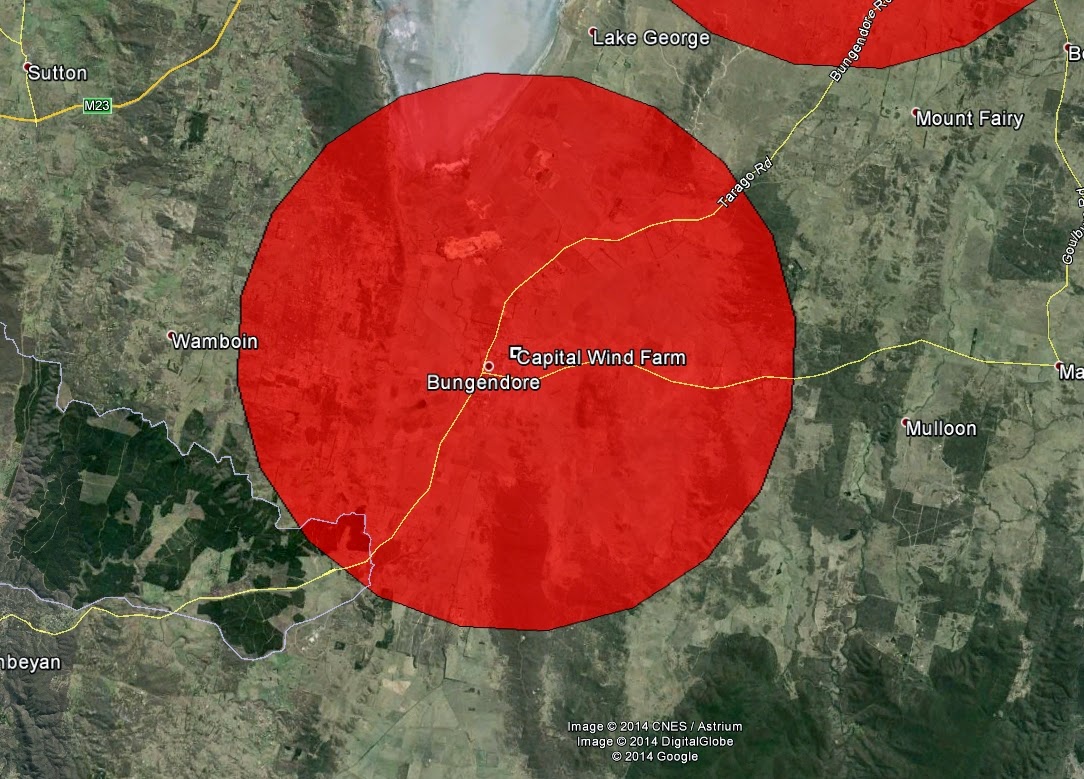 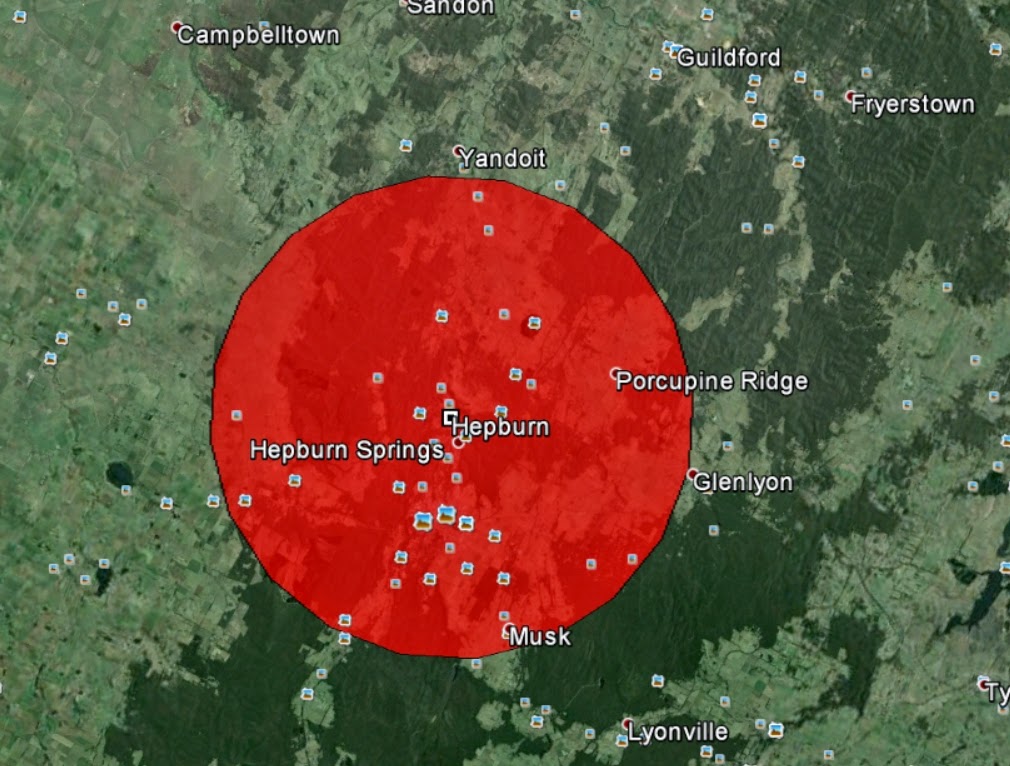 If you compile a selection of towns within ten kilometres of wind farms (along with some multipliers for some radii that cover some portion of the town), you get a minimum of about 219,468 individuals who, according to Jones, ought to be suffering the health impacts of wind turbines.

Remember this is a massive underestimate, involving only 9 of Australian's 30-or-so wind farms (and an old list that doesn't include newer wind farms).

A piece of research published last year collated all publicly held complaints about health and noise impacts from wind farms, and found only 129 individuals had issued these complaints - compared with an estimated population of ~32,000 within a five kilometre radius of Australia's wind farms:

A very small proportion of individuals living near wind farms claim their health problems are due to the operation of wind turbines, and of these, a majority are at wind farms that have been visited by anti-wind groups.

The vast gap between the strength of their belief and the absence of any evidence to suggest their problems are caused by wind turbines betrays the vital role of community discontent in the emergence of weirdly unhinged claims like that of Jones.


The Waubra Foundation, a 'wind turbine syndrome'-based anti-wind group that's been doing presentations at the Gullen Range Wind Farm development hearings, claims 50% of those within five kilometres are susceptible to wind farm disease - which suggests there should be about 16,000 complaints nationally - about 8,300% larger than the actual published number of individual complainants in Australia. Even if the mythical disease affected 1% of the population, the observed rate of complaints would still fall short of the hyperbole.

Alan Jones, John Madigan and the Waubra Foundation are free to make claims as outlandish and physically ridiculous as they please. A requisite level of theatrics provides an unspoken writ of illogical, irrational allowance.

Perhaps, then, the tactics for fighting misinformation might lie (at least, partly) in ensuring conflict, disagreement and drama don't arise around the development of new technology. Once emotion is removed from the picture, absurd claims are seen by most for what they are.
Posted by Ketan at 23:47:00