"People Power": The Victorian Micro-Party That Wants To Stop All The Things

There's a faded, peeling sign at the corner of Norton St, Leichardt, and Parramatta Rd. I drive past it all the time - a constant reminder of politics colliding with issues around control, disenfranchisement, and risk perception.


"Common Cause - No Aircraft Noise" was registered July 1995, and deregistered four years later, in August 1999. They wrote on their site that "life will be uncertain for everyone in the Sydney residential area as long as Kingsford Smith Airport remains within that area". Basically, they wanted Sydney airport ripped from the soil, and flung to the edge of the city, to lesser-populated (but, still populated) areas.

Efforts to exercise influence over machines in the sky failed - their registration lapsed because they 'ceased to have at least 500 members'. Sydney airport remains un-torn from the soil, every few minutes a plane slices through the atmosphere 200 metres above my apartment, and the decaying sign continues to peel, underneath the flight path on Parramatta Road.

Things have changed since 1995. Micro-parties trade preference deals that significantly elevate their chances of wielding influence - ideological foes become partners, and friends develop seething grudges that are sure to last well into the future, all in the hope of seeing a chance at success they could never have gained through the primary vote.

Preference deals are likely to grant disproportionate power to micro-parties in the upcoming Victorian state election:

"The complex web of preference arrangements, which is believed to be unprecedented in Victorian politics, was partly coordinated by Glenn Druery, the so-called "preference whisperer" responsible the election of Motoring Enthusiast Party's Ricky Muir, who won a federal senate spot with a record-low primary vote of 0.51 percent"


One of these micro-parties is called "People Power: No Smart Meters", and their charter rests heavily on the theory that smart meters pose a serious biological risk to Victorian residents:

"Smart meters are a device that cause thousands of people who are sensitive to microwave radiation to suffer health ailments including headaches, insomnia, heart palpitations, ringing in the ears, fatigue and other health issues"


That alone is an extremely irresponsible claim - smart meters pose no risk to health, and to state otherwise goes against a large body of scientific evidence.


Despite this, the Stop Smart Meters group supplies stock letters, which can be 'given to doctors to sign': 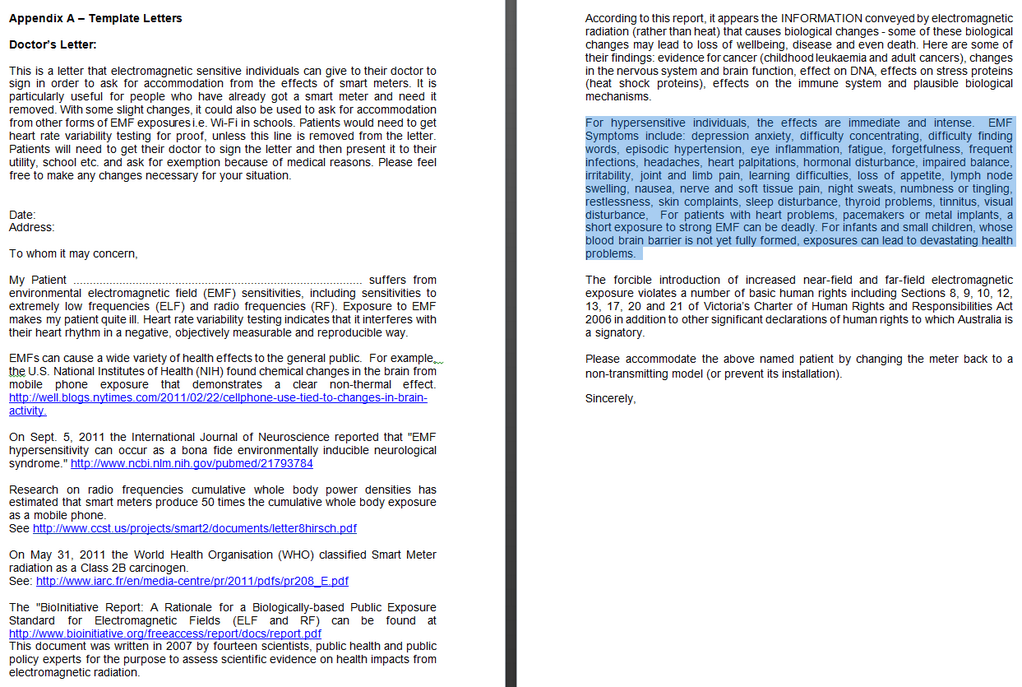 Health issues are, understandably, a sensitive issue for everyone. This ought to warrant caution, and a level-headed consideration of what experts state. This political party seeks to worsen concern, rather than to address it - to the extent that they're willing to put words in the mouths of health professionals.

A political framework which acknowledges the rights of people to accept or reject adverse technology on their premises and respects the right of individuals to reject any object or technology being installed on or near their premises if they have reasonable concerns about its possible effect on their health, privacy or wellbeing."


Here, 'reasonable' means 'sincere', rather than 'in proportion to the weight of scientific evidence and expert opinion' - if it meant the latter, rather than the former, then smart meters wouldn't qualify.

Thus, the construction of any thing, within proximity to any premise could be vetoed by anyone, if this party met their goal.

The founder of the party, Marc Florio, has personally experienced the outcomes of letting people have things:


The mechanics of this reflexive political push to stop all the things stems, simply, from issues around control, and the compulsory nature of the rollout of the technology in Victoria.

Risk perception theory incorporates perceived control as a factor in whether people are likely to misjudge risk - someone smoking a cigarette feels fine with the incredibly high levels of risk, but a compulsory rollout of smart meters inspires health concerns far removed from scientific evidence.


Pause momentarily, look past the bad science, and it's immediately clear that their concerns lie with freedom and autonomy - a brief peruse of their website shows nearly all of their rhetoric is centred around liberty, and personal choice: 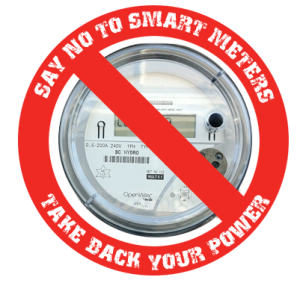 In NSW, the rollout of smart meters will be optional, not compulsory. My bet: it'll go smoothly, and we won't end up with any 'stop smart meters' groups in the state.

In the meantime, it's likely the Victorian government will be influenced by a group wanting to adjust their perceived risk by establishing control over all the things. In this case, it's 'people power' gone horribly wrong. If we do it right in the first place, we can avoid this destructive pendulum swing.

An additional irony is the simple fact that technology like smart meters can wrest power from large utilities and put it back in the hands of consumers. A story in the Australian Financial Review today explains this well:

"GreenSync’s technology, which uses cloud-based automation to manage machinery and electricity during high-demand events, is mainly focused on industrial consumers. But Blythe hopes it will eventually have residential applications, allowing more consumers to compete directly with networks to lessen their exposure to tariffs.

“It really gets down to empowerment – people having options and not just accepting price hikes,” he says"


Basically: involve people in the development of technologies (and, 'objects'). Give them some control, and consider the source of their concerns. If that isn't done, well, there's always people waiting in the wings, ready to feed fear, for their own gain - no one wins, and 'people power' goes from being a tangible movement to a darkly comic, utterly meaningless slogan.
Posted by Ketan at 10:14:00