There's a new turbine model on the block, and it's making people dizzy (with excitement). It's made by a Spanish company called 'Vortex Bladeless', has designed a stalk-like generator that uses a kind of vibrating stalk and some magnets to create electricity from the kinetic energy stored in the wind. The first thing you see on their website is a video explaining that modern wind turbines are killing birds, they're noisy, wasteful and expensive:

Media outlets that should know better happily accepted the 3-bladed shopping list of horrors gleefully propagated by Vortex Bladeless. Science Alert even created a new hashtag for the occasion.

'I fucking love science' was keen enough to include some healthy skepticism in their coverage, writing that "Vortex claims that their wind turbine can adapt to any wind speed with the assistance of the magnets in its core; however, the details on how this actually works are frustratingly hard to come by". CleanTechnica featured a 'reality check', alongside their other coverage:

"It doesn’t move through a swept area as wind turbine blades do with limited materials, so scaling to intercept more wind is a virtually linear progression of materials to swept area, unlike HAWTs. This means it has fundamental limits to scale, and while it might possibly beat a tiny wind turbine, it won’t scale to anything useful economically"


Normally, I'd support new technology and wish these entrepreneurs the very best. But instead of presenting data about their own technology, they immediately fill your screen with myths about wind turbines - the type of stuff we bat away from climate change deniers and anonymous lunatics.

It's frustratingly common. If their aim was to see the greatest reduction in carbon emissions, they'd let us 3-bladers go about our business. The technology's also seen as some sort of cure for community complaints about noise and visual impacts:

This is a really dangerous thought. It assumes the complaints that emerge from communities can be resolved by simply removing the stimulus. This ignores the very important fact that the complaints offered by communities are often proxies for larger issues: equity, fairness, control and place attachment. If you build a bank of solar panels, you can still encounter community objections - the factors are complex, and the shape and size of the machine has very little to do with community reactions.

Vortex Bladless begin their crowdfunding campaign in a few days. Perhaps they'll use Science Alert's hashtag. Regardless, their arguments are based not only factual errors, but a fundamental misunderstanding of how people and communities engage with new energy technologies.

This isn't the first time a new wind energy technology has sought to benefit from the amplification of myths about modern wind turbines. Some previous examples:

This weird little plate thing managed to score a TED talk, but never went anywhere after 2013. Their promotional video exaggerates the impact on avian life, and even goes so far as to cite 'wind turbine syndrome' as a criticism of wind power:

"Many residents near proposed wind farm sites have raised concerns over the aesthetics and the low frequency vibrations they claim are generated by wind turbines. An interesting Windstalk concept devised by New York design firm Atelier DNA could overcome both these problems while still allowing a comparable amount of electricity to be generated by the wind"


So wrote Gizmag, inspired presumably by copy in the Wind Stalk's press package. It's quite similar to the Vortex Asparagus turbine, but this came about in 2010, and quickly went nowhere. I like that this design tried hard to combine aesthetic beauty with conventional generation, but do we really need to always frame new technology in the mythic impacts of previous ones?

This company takes an unsubtle and aggressive dig at conventional wind energy, in a promotional video for an experimental design. They even feature a youtube video of an exploding conventional turbine on their website: 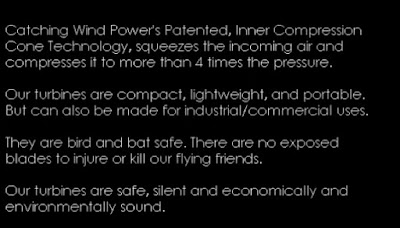 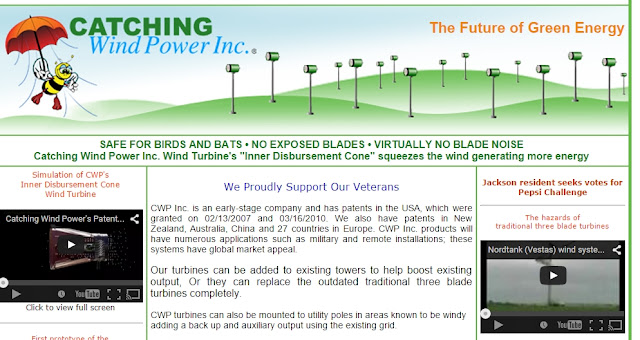 This odd-looking device makes some relatively tall claims - namely that the device produces six times more power than 3-blade models. Aside from the fact they've not demonstrated that at all, the video states"

"What if wind power generation could take place safely on the ground, at modest wind speeds, safely in the middle of urban settings, close to people who need the power? Causing no harm to birds, creating no radar interference, and without affecting human health?" 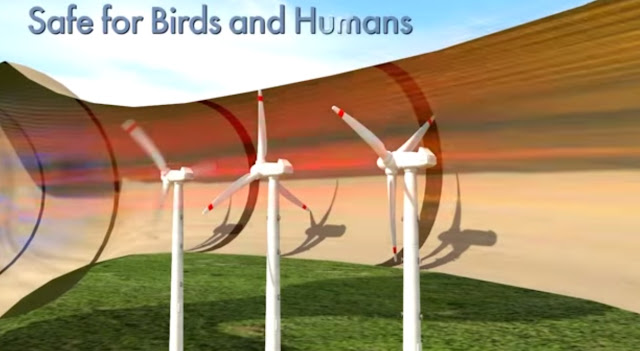 Great, thanks guys. Keep up the great work.

Aside from the asparagus thing, this was the most recent, and it really caused a stir. The headlines could've been taken from any rabid anti-wind farm blog: 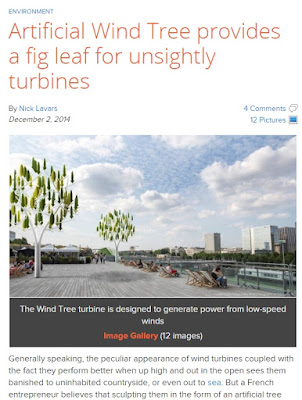 Translate their site to English, and you get the same idea - "The silence of operation vertical axis cancels noise pollution of traditional wind turbines"

There are many more examples, each more frustrating than the last. Innovation should never grow stagnant. Why boost new technologies using the myths that scupper readily deployable, effective and efficient machines? It hasn't worked for any of the previous models; it won't work for 'Vortex Bladeless', either.