As I've expected for some time, there's a new effort to create and propagate health fears around solar power, given the rapid decrease in costs, and the rising threat it poses to incumbent generators like coal and gas. It's going to take precisely the same shape as the campaign around wind farms, and unless we think deeply about the necessary ingredients for this type of techno-panic to flourish, it's going to last just as long, and cause just as much harm.

There's a looming and embryonic anti-solar campaign brewing. There's already an established industry of fear around electromagnetism, so I thought the campaign would centre around this. But, as always, the ceiling of ludicrousness sits higher than I thought: there are now 'concerns' about noise emissions, specifically infrasound and low-frequency noise, from.........solar panels.

Two proposed American solar projects, Tierra del Sol and Rugged Solar, have received expressions of 'concern' during the planning process, around the impacts of infrasound - very low frequency noise, inaudible to humans, allegedly the primary cause of 'wind turbine syndrome'.


A generic anti-renewable energy group (curiously named "Backcountry Against Dumps and Donna Tisdale") wield a broad array of documents explaining the dangers of solar power, and the Tierra del Sol project. This letter, penned in thick legalese, states that:

"The FPEIR’s amended discussion of the Project’s low-frequency noise and infrasound (“ILFN”) emissions still fails. FPEIR 2.6-59 to 2.6-60; FPEIR Response to Comments O10_63 35 to O10_65. The conclusion that “no health effects are anticipated to occur due to low frequency noise associated with the Proposed Project” is based entirely on a court decision that is currently being appealed and is therefore not final, and subject to change. FPEIR 2.6-60. The County’s reliance on this non-scientific conclusion ignores the growing body of evidence that ILFN impacts human health.

Furthermore, the FPEIR completely fails to analyze the ILFN impacts from the newly added energy storage system that was not discussed in the DPEIR. FPEIR AIS.0-1, AIS.0-12 to AIS.0-14; FPEIR AIS 3 (Addendum: Acoustical Assessment Report), pp. 1-13. Acoustical engineer Rick James details additional County failures to analyze noise impacts from the energy storage system in his January 15, 2015 “Comments on Soitec Solar Acoustical Assessment Reports for Tierra del Sol and Rugged Solar Related to Proposed Energy Storage Facility,” which comments are incorporated fully by reference herein. In order to foster informed decision making, as CEQA requires, these impacts must be analyzed in detail, and the EIR recirculated for public review. CEQA Guidelines §§ 15088.5, 15144; Vineyard, 40 Cal.4th at 428"


These 'concerns' are included in the standard shotgun-scatter of complaints about noise, fire risk, visual impact, cost, and a vast array of other complaints. Donna Tisdale, of that same group, has a generic powerpoint presentation, which includes ominous warnings about electromagnetic radiation from solar farms: 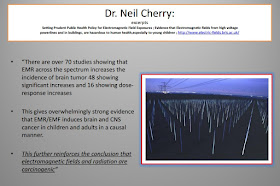 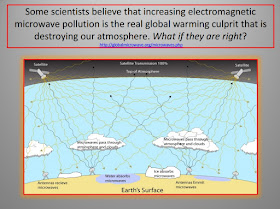 So, there you have it. Concerns, and a response to concerns. A technical consultant was hired to measure infrasound and low-frequency noise at a comparable solar facility - the Newberry solar project, pictured earlier. The technical addendum can be read here, and the full report can be read here.

I made their infrasound measurements into two charts - the first is 'weighted' - ie, put through a formula to properly reflect the response of the human ear, and the second is 'unweighted' - just the raw measurements of sound pressure: 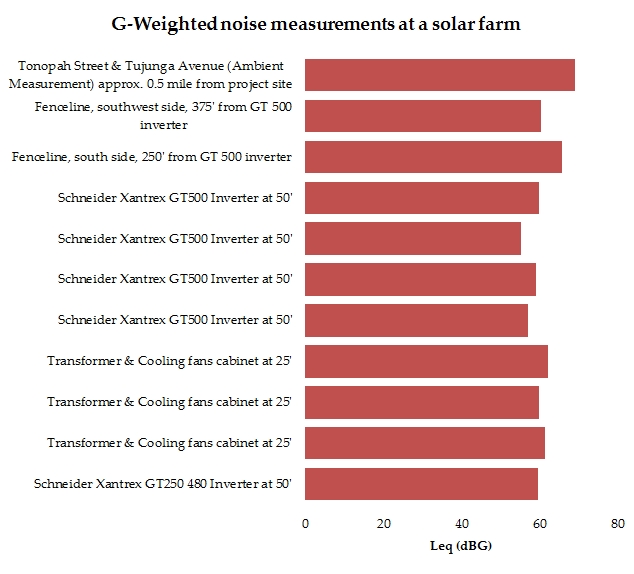 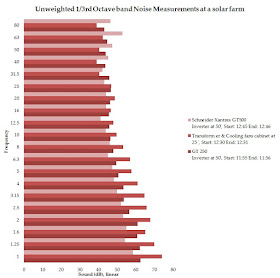 So, should anyone near a solar farm be quaking in fear? Well, no. The threshold of perception for infrasound is around 85 dBG (remember, that doesn't apply to the 'linear' version). As you can see in the first chart, no noise measurements go anywhere near that level. The report says:

"The G-weighted noise measurement data in Table 1 indicates that measured ILFN equipment noise levels ranged from 55 dBG (Xantrex GT500 Inverter measurement 9, at 50 feet) to 62 dBG (transformer and cooling cabinet at 25 feet). When normalized to a distance of 50 feet assuming an attenuation rate of 6 dB per doubling of distance, however, the expected sound pressure level would be approximately 56 dBG. Thus, even at a relatively near distance (far nearer than a resident or other noise-sensitive receiver would be located), the G-weighted noise levels were found to be well under the audibility threshold of 85 dBG used by environmental protection agencies in Australia and Denmark"


There's also the same exasperated, almost despairing repetition of the point that infrasound is basically everywhere:

"Virtually every piece of mechanical equipment emits infrasound, including traffic, air
conditioners, refrigerators, surf, our own hearts and wind. Typical infrasound exposure levels for people who live in cities are approximately 50-65 dBG most of the time due to traffic, air conditioning, heating fans, subways and air traffic"

So why is the 'wind turbine syndrome' myth being applied to large-scale solar projects? The root cause is the same as with wind farms, and it has nothing to do with the technology, or actual measurements of noise. No quantity of measurements will ever be sufficient to convince solar farm opponents that the noise levels aren't a threat, and those who add a pseudoscientific sheen to the rhetoric of fear won't ever be required to bring forward evidence to support their claims.

Essentially, it's about sentiment, and involvement, and control, and psychology. We're complex, but in this regard, it's fairly easy to predict how we're going to respond to big projects that we feel left out of. What worries me here is that we let this pattern repeat, and that dedicated anti-renewable energy groups travel to projects, and fill them with fear and anxiety about renewable energy, whatever the type. If large-scale clean energy projects aren't build in a different way, we'll end up with a decade of 'solar power syndrome', filled with senate inquiries, stern and concerned health authorities, and a raft of public voices calling for more research.
Ketan at 23:33:00
Share