I'm recently back from a brief holiday in New Zealand, and our last stop was in Christchurch, a city damaged quite badly by an earthquake in 2011. It's five years on, and the streets of the central city are  relatively quiet at night, save for the occasional pop-up disco platform and a sea of silent, bright orange cones.

The rejuvenation of the city's centre is focused on public transport, walking and cycling, but for now, a whole stack of businesses are located just outside the city - not walkable, but very easy to access by car.


I think it's an important reminder of the need for a diverse range of machines we can use to transport ourselves from one spot to another, but also the importance of ensuring none of them link us to a reliance on carbon-intensive fuel types.

My wife and I very graciously accepted an offer for a complimentary trip back from the airport to our pad in a limo service called Evoke. Our driver, Justin, was great. Evoke rely solely on a fleet of truly incredible Tesla Model S spaceships running on clean energy:

"To reduce our carbon footprint, Evoke vehicles are charged using Tesla’s supercharger network in Sydney, which is carbon offset. When we are not supercharging, we use 100 per cent GreenPower" 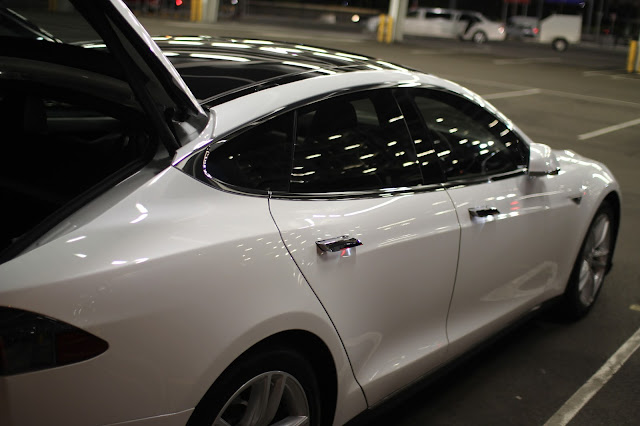 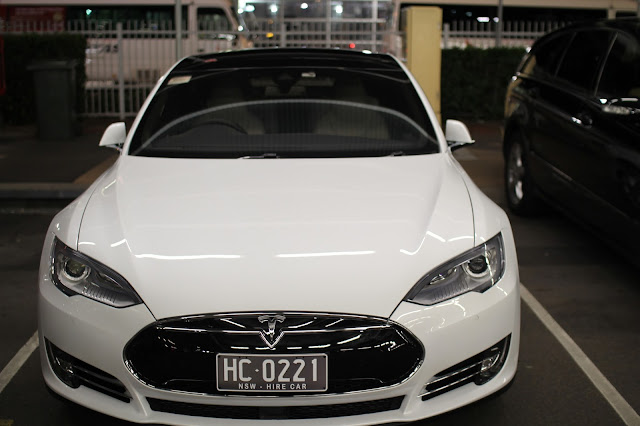 Electric vehicles will obviously play a big role in transport, in the very near future. That there's already limo services that capture the market springing up from real excitement around this technology makes me really happy.

The car is such a pleasure to ride in, but I also know that the electricity it's running on has been offset through generation from clean energy sources. In the near future, it'll come directly from black panels pointed at the 'handy nuclear fusion reactor in the sky' (Elon Musk's description of the sun). 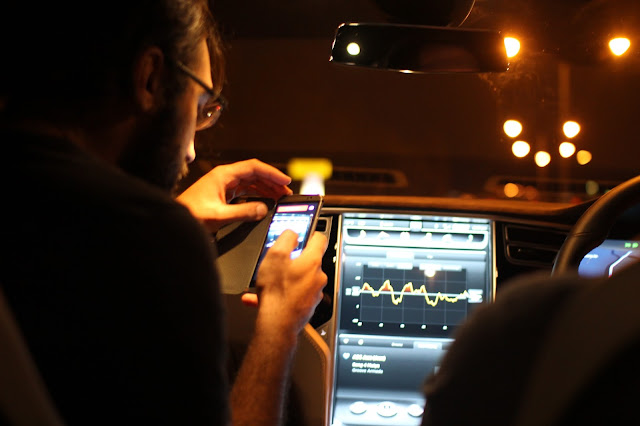 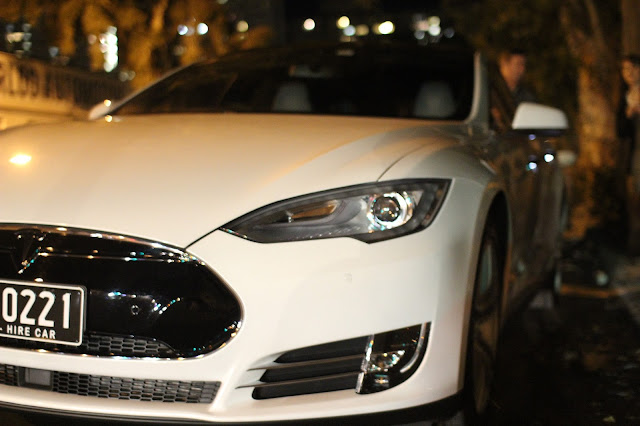 I recorded a short Periscope from the inside of the car, too, including some smooth jazz:

...and a ridiculous Vine

We're going to see electric vehicles trickling in to our line of sight with increasing regularity. There will be a point when seeing one in a queue of cars isn't interesting or curious - it's the norm. Evoke cleverly captures our excitement about what is a genuinely incredible piece of engineering - the sheer excitement of rocking around in a spaceship is enough to justify the occasional trip in a Tesla.

But for me, it's a pretty clear sign that the electric car is starting to slot neatly in to the gaps in our transport systems. Blended with stuff like self-driving cars, it's going to change the way we move ourselves from one place to another. You become hyper-aware of how important this change is, when you visit a city that's in a constant state of flux, like Christchurch. And, it means we don't need to carry around a carbon-intensive, super-heavy explosion machine in the front of our cars.

Cheers to Evoke and to my wonderful wife for taking some splendid photos. And if you get a chance, book a Tesla. It's...really quite something.
Posted by Ketan at 00:09:00