I was working in the operations room for Capital Wind Farm the day Julia Gillard visited. It was the same day a now-infamous anti-carbon tax rally was held on the lawns of parliament house, during which Tony Abbott proudly stood among a collection of sexist, conspiratorial, denialist signs, most of which ferociously attacked Gillard on a personal level. 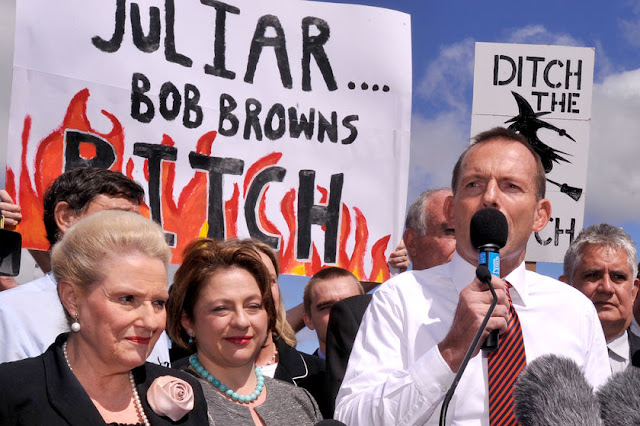 Abbott would not have clambered into power had it not been the carbon pricing mechanism, and his successful campaign against the policy. His slogans worked; people hated the policy and rewarded him for his simplistic but effective campaign.

A few years on, and there have been some interesting developments.

- After the carbon price was scrapped, emissions rose quickly. This was partly due to hydro altering their generation initially, but the trend has continued. Brown coal is up, black coal is straight and renewables try their best to keep up. This was widely reported in the media, and people were vaguely embarrassed.


- No one feels they got the $550 they were promised by Tony Abbott. The reduction in electricity price that came about due to the repeal of carbon pricing has already been dwarfed by the rising costs of network infrastructure, as shown in the AEMC's latest report - the removal of this little grey rectangle of lines is the thing that flung our PM into power. Dwell on that, for a second:


- Climate change denial has weakened in Australia, alongside increased support for climate change policy and renewable energy, as shown in yesterday's Essential report: 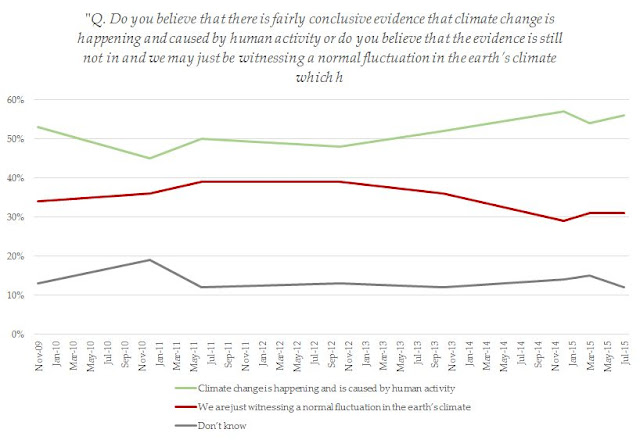 Murdoch news outlets put their foot on the gas this morning when  Labor plans for an emissions trading scheme were leaked to News Limited:


Abbott's done the same, bringing his sloganeering skills into gear: 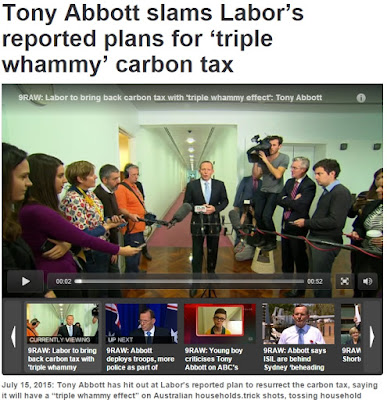 Tony Abbott attempted to use his anti-carbon-tax power-price-paranoia tactic with the Renewable Energy Target, repeating consistently that the RET causes power prices to rise. When he commissioned a review by a climate skeptic, the modelers found that scrapping the scheme would actually result in higher prices for households and businesses.


@KetanJ0 Seems like he’s bashing madly on any topic that’s worked for him before, but nothing is working
— Will J Grant (@willozap) July 14, 2015


I don't think Abbott has the magic mix of ingredients needed to get the same frothy brew of panic that carried him into power in 2013. The sexists are presumably less enraged by Shorten than Gillard, so they're out. The climate change deniers have grown small in numbers, and fallen out of favour with the media - Abbott's less likely to be seen in front of Agenda 21 New World Order signs than back in 2013. If he is, he'll get called out on it, this time. 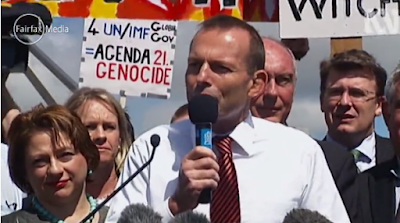 I suspect, at the very least, this won't work as well as they hope. As with most sequels (except for Terminator 2 and Aliens), this one is going to try and recreate the same magical mix that brought success for # 1 - it'll probably work a little bit, but nowhere near as well as the original. With any luck, it'll be more Superbabies: Baby Geniuses 2 than Terminator 2:Judgement Day.

For a great explainer on this, read Tom Arup's piece in the SMH, here. And join me in hoping that the sequel really does suck.
Posted by Ketan at 16:04:00