We might all be doing it a little bit wrong

Okay, the blog title's a bit of a cop-out, but this is a principle that's both exceedingly obvious and extremely hard to come to terms with.

When I say 'wrong', I don't mean a failure to synthesise and prosecute facts obtained through the scientific method. Our ability to do that should simply be a base minimum. What I mean is that communication needs to happen in a way that makes things better, not worse. If we make things worse, we're doing it wrong.

""Increasingly, I am [of] the view that there is some validity on the health effects" of wind farms, Ms Goward was reported in the Yass Tribune as saying on Friday. "There are a number of people with health problems...it is clearly not psychosomatic."

"I don't think we know enough about the impacts," she said. "It is something we should be prioritising.""

On hearing these remarks, I remembered something I'd heard a while back. It was on ABC radio Orange, on the 19th of March in 2015. You can listen to the whole clip here, but at 02:18, Goward says this:

"That's why I think Luke Foley's decision to have no setbacks for wind turbines whilst might sound great in Sydney could be a social disaster in our region. I don't say that unwisely. a social disaster meaning it will just add enormously to the dissent, the unhappiness and the real fear people have of wind farms."

The discussion continues around the issue of setbacks, and at 4:20, the following exchange occurs:

Interviewer: In terms of that two kilometre setback, does that bring some comfort to those who are opposed to them ?

Goward: Oh yes. It certainly means that they can't be towering over your house. Unfortunately, wind farms companies have not always behaved properly in the past. Some people have been tricked into believing that they wouldn't have it within two kilometers, then go and look at the plans, didn't put in an objection, and the find out that they're 900 metres from their house, that's one poor family just out of Crookwell.

This is a peculiar juxtaposition. Goward raises alarm about Foley's wind energy policies creating 'real fear', but a few minutes later, tells the tale of wind farm electromagnetic radiation having a direct, real physiological impact on human beings. It's just as vague as Goward's 'skull resonance' remarks made a few days ago.

Despite the very-hard-to-ignore strangeness of the claims, Goward actually sort of has a point. The development of wind energy technology in rural communities does need to improve. Dissent, and unhappiness and fear all have real health impacts on communities. But seconds later, she's directly contributing to the continued emergence of these negative features of clean energy development.

Members of the NSW Liberal party attempted to defend the claim in parliament. Duncan Gay said:

"We appreciate, however, that this remains a contentious issue for some in the community, which the NHMRC also recognises. We welcome the efforts of the NHMRC to continue to support further research into this issue and we look forward to considering the outcomes of that research. The Minister for Mental Health, Minister for Medical Research and Assistant Minister for Health is my local member"


Advocating for more research isn't a defense for telling a community that it is certain that wind turbines cause harm, or that they ought to be fearful of electromagnetic radiation.

Goward's statements are relevant to a recent piece of research that demonstrates a close linkage between expectations and the triggers of annoyance. The paper concludes that: 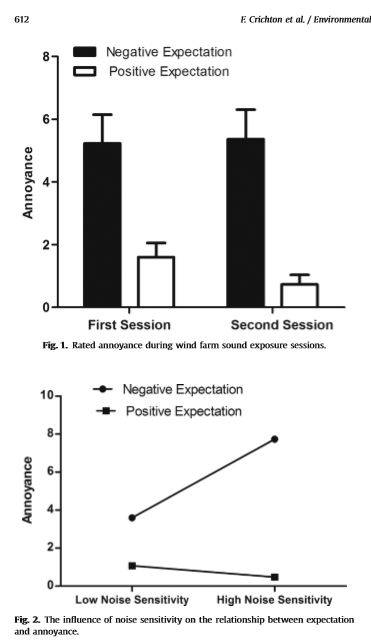 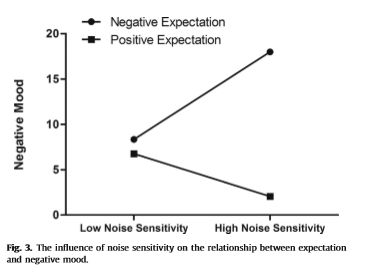 This is a fascinating addition to an already sizable body of research that shows attitudinal factors play a big role in how we respond to novel features of our environment. Other researchers found that "A negative visual attitude, more than multi-modal effects between auditory and visual stimulation, enhanced the risk for noise annoyance and possibly also prevented psychophysiological restoration possibilities".

More directly, health warnings from authority figures are, as you might expect, taken seriously. Given Goward's prominence in the NSW health system, there's little doubt there were many in the audience who would have taken the advice to heart. It seems possible that someone might forego medical advice, thinking that some ailment is being caused by a wind turbine. This doesn't seem like a responsible thing for a health minister to say.

Goward's remarks are a brilliant example of doing it wrong. Presenting warnings about wind turbine syndrome and this weird sub-plot of electromagnetic interference in the brain isn't going to reduce 'fear' in the community. I can't imagine how Goward ever thought it would.

Anyway, advocates of renewable energy do it wrong sometimes, as well. And again, by wrong, I don't mean some failure to adhere to evidence, which is a different story. I simply mean an approach that leads to an outcome opposite to the one that was originally hoped for.

In a 2008 paper called "Cool rationalities and hot air: A rhetorical approach to understanding debates on renewable energy", researchers identify some themes that pop up in UK anti-wind rhetoric:

- Sacrifice and disempowerment
- Lack of trust in government, regulatory processes and windfarm developers
- Language of war, conflict and defence
- Foreignness, aliens and anti-colonial rhetoric
- Industrialisation and commercialisation of the environment

These are all very familiar to me. They're constant features of Australian anti-wind rhetoric. But, more fascinatingly, the paper discusses themes used by supporters and advocates:

- The assumption and imperative towards consensus
- Rational, knowledge-based, scientific evidence
- Overcoming opposition
- Urgency and threat of climate change and the transition to a low carbon economy
- The discourse of ecological modernisation

The researchers essentially conclude that the constant back-and-forth of these collections of rhetorical patterns is fairly pointless.

a) it is based on a flawed assumption that the main reason for anti- positions is ignorance and lack of knowledge, - hence this discourse's naive correlation between information provision and agreement - and

b) can verge on arrogance in terms of preemptively ruling out any negotiation - which of course serves to inflame, rather than inform the debate"


The solution? The researchers suggest an attitude of conflict resolution:

"A conflict resolution approach accepts the legitimacy of pro and anti positions and movies in the direction of demanding each side engage with the other on grounds of mutual respect and as co-equals, whereas as the analysis of texts indicate there is a strong narrative of being the 'underdog' within anti-wind positions - thus making themselves out to occupy the moral high ground of the aggrieved / innocent 'victim', while pro-wind positions often present themselves as expert-based and therefore epistemically 'superior' to their opponents"


This paper was published in 2008, prior to the invention and spread of 'wind turbine syndrome'. I think the authors have a point, and we, as the advocates of technological development in rural communities, do it wrong, sometimes. But we're in a post-wind-turbine-syndrome world, now. The research is still accurate, in that simply throwing science at people won't get you far, but I wonder how effective conflict resolution is, in the face of a powerful and un-falsifiable pseudoscientific industry built around creating fear of wind energy.

This is why Goward's remarks are so harmful. People in the clean energy industry who see the value in conflict resolution rather than endless argumentation are increasing in number, but years of hard work in that area can undone in seconds, by casual utterances from people in positions of power.

We all need to stop doing it wrong, at the same time, for things to get better. But the anti-wind side will have to sacrifice a strongly-held belief in bad science and harmful, evidence-free warnings of 'skull resonance', and I wonder if that's even possible.
Posted by Ketan at 11:13:00