For five years, the rejection of climate science seemed like the best option for protecting technologies that rely on fossil fuels. But pumping money into organised denialism is becoming less effective - public acceptance of climate science is slowly increasing, and the field of climate denial has attracted a broad collection of awkward cranks.

Hence, the need for a re-brand. This isn't unambiguous scientific denial - it's climate inactivism - passionately arguing and advocating for the absence of any action to reduce carbon emissions.

A key component of inactivism has been an effort to frame fossil fuels as a moral imperative - an argument that was born in US fossil-fuel-funded think-tanks and that has now been adopted by the Australian government, the conservative media and the Minerals Council. They're not normally the groups you'd see arguing for collective action to altruistically assist those in need, but they make an exception when it comes to advocating for fossil fuels.

There's a new component of climate inactivism that's re-emerged during the 21st Paris Conference of Parties. It's explained neatly in an editorial, in The Australian:

"Green technologies are not yet mature and not yet competitive, but we insist on pushing them out to the world. Instead of production subsidies, governments should focus on making renewable energy cheaper and competitive through research and development. Once the price of green energy has been innovated down below the price of fossil fuels, everyone will switch.”

Dr Lomborg greeted the Mr Gates-led coalition as a positive sign confirming innovation as the key to climate mitigation. But he points out that today’s favoured subsidies do not encourage innovation, instead making companies stick to inefficient but subsidised technologies such as solar and wind power"


Lomborg is the chief proponent of the idea that logical outcome of the need for research is the immediate cessation of all government support for all clean technologies - a fallacy that's republished verbatim in the editorial.

The declared 'insufficiency' of wind and solar somehow transforms into "inefficiency", and The Australian then suggests we replace government support of clean technology with research - "instead of", rather than 'in addition to'. It's a popular concept, because it avoids, entirely, the need to reduce carbon emissions by any quantity in the coming decades.

So, because existing technologies can't immediately and entirely replace the world's energy system we shouldn't be encouraging their deployment anywhere, ever. This re-branding of denialism seems to manifest in the creation of this weird gradation:

People find themselves welded to a spectrum, according to their views on technology, their ideological underpinnings and their general worldview. I really don't think we need to slide along the single dimension offered by the approach above.

I agree with the idea that greater spending on research and innovation is a good thing for the clean tech industry, and decarbonisation. We'll get deeper, faster cuts if we do this, which is why Bill Gates' 'Mission Innovation' project is a good thing.

I also agree that we could potentially decarbonise using technology we have today - the Australian Energy Market Operator did a great report illustrating that pre-existing technologies might do the job, assuming some 'anticipated technology cost reductions and performance improvements'. But this isn't about potentials, anymore - it's about rate-of-change.


Progressives recognise that the 'innovation-only' end of the spectrum is a branding exercise for continued inaction. Conservatives recognise that subsidised deployment leads to a quantifiable threat to the market share of carbon-intensive fuels. Both sides spy an ideological trojan horse embedded in ideas that are, in and of themselves, good ideas. Both sides are right: this is how humans beings deal with the world - through the lens of our own package of biases and ideologies. But this isn't a case of both sides being 'equally wrong'.

The progressive half of politics in Australia has done a lot for clean technology research and innovation, and the conservative half has mostly sought to destroy it. Looking back on the past three years of Australian energy policy, and the subsequent halt on clean technology construction, that's an inarguable point.

It's extremely important to note that the Australian Greens and the Labor Party were responsible for the creation of two agencies dedicated to research, development and innovation - ARENA and the CEFC. But, it's still government policy to continue attempting to abolish these two agencies. When the attempted abolition of these bodies was first announced in the 2014 budget, it was hailed in The Australian as an 'impressive first step'. Research and development, once it actually starts happening, is perceived as a threat that needs to be obliterated.

This approach continues once technologies reach maturity. Opponents of renewable energy have focused heavily on the propagation of health fears around wind farms. Currently, a newly-created government role to receive complaints about wind farms will cost $600,000, and the National Health and Medical Research Council has been compelled to set aside $2.5 million, specifically to commission scientific studies of 'wind turbine syndrome'.

The West Australian state government is now charging a tax for those who dare to reduce their electricity demand through rooftop solar. The large-scale renewable energy target, which saw the successful installation of several thousand megawatts of clean technology, was reduced this year, on the basis that the reduction was justified by the previous period of anti-renewable energy campaigning. 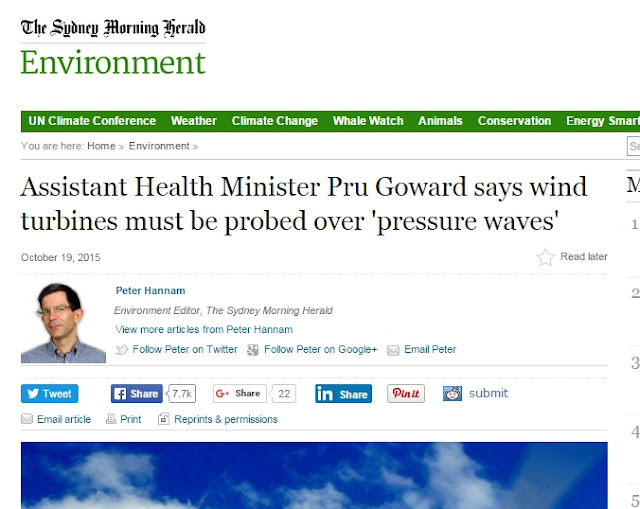 Deploying existing technology leads to a quantifiable reduction in carbon emissions, in the energy system. Below, I've done an estimate for each month so far this year, using the power output of wind and the two large-scale solar plants registered on the electricity market, of emissions saved from the use of clean technology that exists, and is churning out megawatts right now:


If we adopted the approach advocated in The Australian, the chart above would be zero for each month. The deployment of clean technology, and subsequent reduction in carbon emissions, has happened through the creation of government schemes - schemes that 'innovation only' climate inactivists openly seek to completely destroy. Genuine R&D might double or triple the height of those green columns, in half the time. Imagine that.

Here's the thing: every single technology that emerges from the billions of dollars of investment in research and development will face extremely passionate opposition from incumbent polluters. Even if we created a technology that could compete effectively with coal through innovation and research, it faces a decade of manufactured syndromes, government health studies, Prime Ministerial declarations of ugliness and outright denialism.

The goal, for those hijacking the reasonable push for increased innovation and invention, is to lock-in the reign of harmful technology for another few decades. Paired with the illogical and awkwardly adopted moralising, and a sprinkle of standard scientific denialism, we're wedded to a collection of technologies for which we'll pay the price, with no share of the profits.

*Updated - amended wording about AEMO 100% renewables report to be clearer on cost and performance assumptions
Posted by Ketan at 13:34:00