Why Germans are bemused by Australia's wind turbine terror

I had an interesting taste of precisely how bizarre the Australian attitude towards clean energy is, in rural Germany.

I was on the outskirts of a town called Ebersheim, in the region of Mainz. Ebersheim is about forty minutes from Frankfurt, and it’s enclosed by a collection of wind turbines. Stepping out from the house I was staying in and moving around the first corner, you can see the tall, red-tipped machines poking through the homes. Turn to your left, and move slightly further down the street, and you can see some others.

I ventured closer to take some photos, armed with a collection of lenses. A rare glimpse of winter sunlight peeking through the permanent cloud layer instilled me with urgency. I stood just outside the town, on a pathway next to a winery, switching lenses and snapping furiously. Some locals walked past whilst I was doing this. The custom, I’d learnt, is generally to smile and greet people you pass by. These people just looked at me, down at my camera, at the turbines, and back at me, with utter bemusement.

I was little confused by this. I even tried greeting them myself, but they muttered a response and their bemusement was unchanged. Later, I paused to dwell on why they were so confused by someone taking photos of a picturesque wind farm in a beautiful field, next to a pretty rainbow. 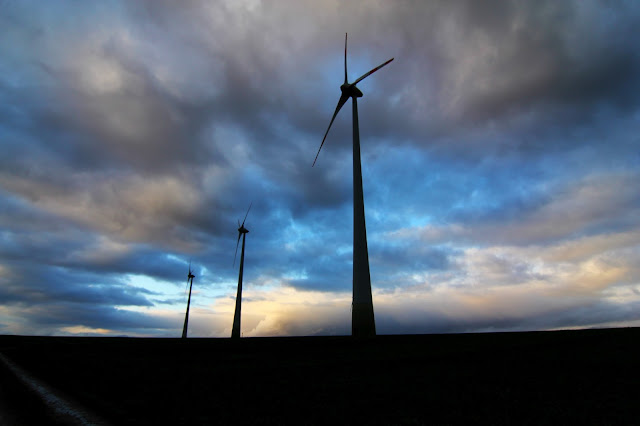 There’s something about Germany that seems to make it an ideal candidate for technology like wind farms. It currently leads the EU in wind power - 39 gigawatts at the end of 2014, making up 30% of total EU installed wind power.

I think it has a lot to do with geography. There’s no Australian urban sprawl, and there’s no fierce, imagined dichotomy between city and rural. Small towns are scattered across the country – you’re never really that far away from a human horizon, and it seems wind power has developed (relatively) smoothly, due partly to this.

With an even spread of cities, joined by large highways and a very prevalent transmission network, it makes sense people see wind turbines on the horizon and say ‘meh, it’s electricity. Who cares’. In Australia, the sudden construction of wind energy in rural areas is perceived (mostly by opponents of energy technology upgrades) as cultural greed – low-carbon technology is framed as an inner-city obsession, rather than a necessary technological upgrade, and an obsession that’s forcibly lumped onto rural communities.

It’s interesting to consider this as a factor in why wind energy has been generally well-met in Germany, compared to the Australian experience of ‘wind turbine syndrome’ and community protests. I don’t think there’s any way to emulate this advantage in Australia – attitudes to development will always be informed by culture and community, imagined or real. I’d probably say that it’s a strong reminder of how important ‘energy democracy’ is – the implementation of sharing and benefit schemes in large-scale clean energy development. 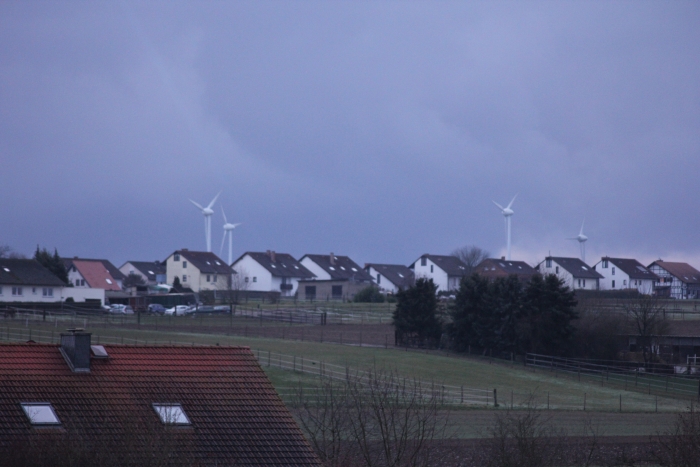 Germany, as it happens, has a very strong culture of benefit sharing. I had a chat to my host about my experience on the outskirts of Ebersheim. She told me about a neighbour in the small town who owns shares in those very turbines, and has been making money off them, and he loves them. 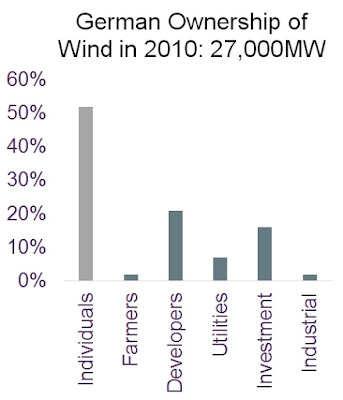 It really makes me wonder if, some time in the near future, Australians might drive past a wind farms and think ‘yep, whatever’. I’m not sure that’s enough, in Australia, in the context of sprawling and distinctive culture and worldview.

Australia will need a serious rethink of large-scale clean energy development, and the creation of benefit-sharing schemes as standard, if we’re to meaningfully source electricity from big, visible machines placed in the rural landscape. You can't legislate a cultural shift; nor can private companies fund it. You can only live it, and hope those around you take notice. 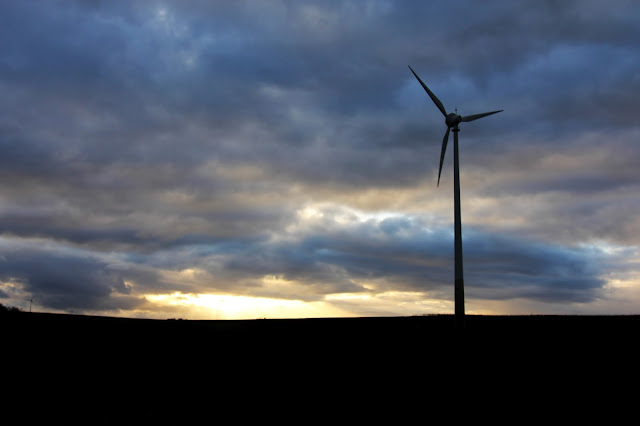