Infrasound Therapy and the Scientific Power of Anecdotes

There's a small chance, dear reader, that you may already know what infrasound is. Whilst your attention is still crisp I might humbly grasp this opportunity to utter its nature to you. Infrasound is sound below the threshold of human hearing - 20 hertz. It has been implicated as the causal factor in purported health problems that are reported by a small portion of residents living near wind turbines. This is, however, truly not the case. As my dedicated research has revealed, infrasound is the key factor in widespread joy, relaxation and feelings of universal love.
How can we know that infrasound is causing a mass epidemic of happiness and calm in the vicinity of wind turbines? Science tells us. Pure, liquid science.
Using a large number of anecdotes I have found on the internet, and one or two non-scientific papers published by non-experts with vested interests, I'm going to take you through the amazing world of infrasound therapy, a therapeutic whirlwind of technological wonder that delivers us amazing blessings. This is all brilliant news for anyone living near a wind farm, a city, a highway, an air-conditioner, a fridge, farming equipment, the ocean, a volcano or elephants.
Horse Infrasound Therapy
You've seen them thundering through the Australian outback. Proud, silent creatures of amazing grace and fortitude. Despite the stern might of these creatures, they do sometimes fall ill. Fear not. Infrasound therapy has been reported to be fully effective at helping out horses, as we can see from this single example I found through google search, regarding a wonderful horse named 'Magic', who suffered from intermittent lameness in his leg:

"Two years later, Magic is still at full strength and shows no sign of a recurrence. For Magic, infrasound was the perfect solution. It relieved pain and chronic inflammation and even helped dissolve scar tissue."

Magic's story is one of healing and miracles. But, is he the only one who's benefited from infrasonic therapy? Read below the heartwarming and evocative tale about a pony named Mr. Spock, who himself was cured through the power of infrasound: 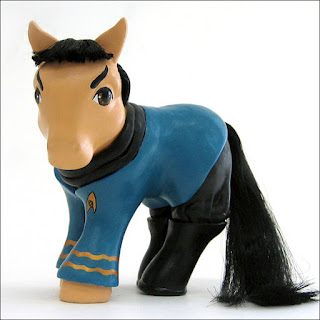 "'Although Mr. Spock was out of shock and patched up, infection was the next concern. Antibiotics were administered and infrasound devices were mounted in the pony's stall. The next day, there was minimal swelling and soreness. For the next week, infrasound treatments were administered directly to the wound sites three times daily, then once daily thereafter. Mr. Spock's wounds healed rapidly with no complications, and within three weeks the pony recovered fully and without infection. The infrasound produced many benefits in this case--reducing shock and trauma, relieving body soreness, reducing swelling, boosting the immune system, accelerating wound healing and minimizing scar tissue.'
Another infrasound success story"

If you read to the end, you are informed that "Nina Anderson and Dr. Howard Peiper have more than 50 years of combined experience in the natural health field as researchers, writers and practitioners". We are bound by the laws of good sense to take their anecdotes as firm proof of the effect of infrasound on the horse (and pony).
Didgeridoo Infrasound Therapy

That low, trademark warble - the enchanting sound of that recognisable instrument, the Didgeridoo. Though this instrument is usually relegated to overpriced tourist stores in Circular Quay, facts are emerging that infrasound emitted from the ancient and powerful instrument can be used to heal many illnesses, including the following:
But, how does it work?

"The basic science behind the use of the didgeridoos sound to heal, is that it produces low frequency sound that we can hear and vibrations we can feel. Research shows that a didgeridoo can produce near infra-sound (sound in the range of 0.001Hz - 20Hz). This is especially interesting as our brain wave are in the 2-20 hertz range."

" Makes me feel good"
"I find most people are skeptical at first..after 2 or 3 minutes I can see them melt like butter in the microwave. I have noticed kids really do enjoy the experience"
" People are dancing slowly"
" Lungs"
"The whole room vibrates like you're on hard drugs."

I see your skeptical face gurning at this screen. Are you attempting, through your facial malady, to imply that those reports are fabricated by scallywag fabricators? That is entirely unkind, dear reader, and I do ask, from here on, you display a bit more sensitivity for your fellow human beings. Here is some data I've gathered, from this page, I do hope it quells your questionings.

You don't need to own a didgeridoo or be a pony to experience the benefits of infrasound therapy. There are many, many devices you can buy online that do produce infrasound, and can be stored in your home. The Food and Drug Administration of the United States has cleared a product known as the 'Infratonic QGM Quantum'  for market sales:

"The Infratronic QGM Quantum was the first patent ever filed in China.  This unit has won 3 awards in China, including the prestigious "Outstanding Contribution to Medicine Citation," from the China Ministry of Health.  The unique "chaos" circuit delivers low frequency 8-14 Hz, 70 dB sound vibrations directly to the area you want to feel better."

There are 19 separate case studies on QGM Website that are a testament to the healing power of infrasound. Though there are absolutely no scientific studies in existence that indicate the device is actually effective at healing patients, that is no reason to doubt the many anecdotes that attest to the healing power of infrasound, when directly applied to the body - you can find all 19 case studies here.

Alternatively, the keen and curious consumer might do well to try the Infrasound Chair, in which 'low frequency sound energy (infrasound) flows through all organs and tissues of the body'. But, I hear you say, "How do we know that infrasound does what they say it does?" You already know the answer- unattributed self reporting:

“Physio Acoustic Sound Therapy  (infrasound) has helped me off of pain and stress and gave me back a good night sleep.”

There are videos available as well. They're all in Dutch, but on watching them, one feels an immense aura of well-being and relaxation from the men and women in the videos. We can thus conclude that Infrasonic physiotherapy is efficacious.

You've only seen a few of the ways that infrasound is used as a therapeutic tool across the world. Horses, ponies, dogs and people have all benefited from the power of infrasound, all backed up by the scientific power of a few anonymous people who say it's true. But, that's not it - below is some further reading for infrasound therapy. Enjoy, and, as always, stay healthy!

Scientific studies on the healing power of infrasound
http://www.healingmusic.org/Library/Newsroom/CHIInstitutePresentsConclusiveStudiesProvingHealingEffectofSound.asp

A research paper on the effects of Vibro-acoustic therapy on the human body
http://www.wfmt.info/Musictherapyworld/modules/archive/stuff/papers/Wigram.pdf

Some examples of infrasound treatment for horses, with pictures of the amazing device
http://www.chinahealthways.com/equinepublicationssoundrelief.htm

Infrasound treatment suppliers, in Vermont.
http://web.me.com/smarquina/HealthInSyncs/Infrasound.html
The benefits of Infratonic therapy:
http://healingtools.tripod.com/IST2.html
Posted by Ketan at 19:25:00