"When electricity demand peaked at the height of the recent heatwave in Southern Australia, the total power output from the fleet of wind farms across Victoria and South Australia was almost zero"

At this time, the sum output of wind energy was 710.42 megawatts (about 28% of total possible output). This isn't really 'close to zero'. A chart of Thursday's wind energy output: 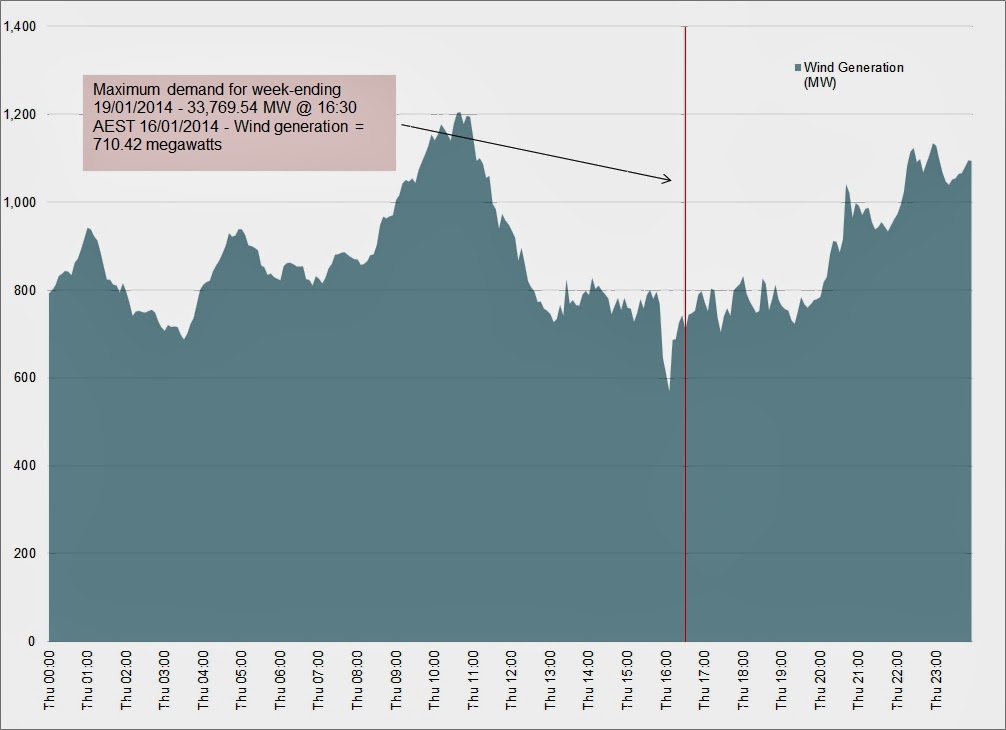 The full data set are available in this spreadsheet, or just have a peek at the DataWrapper chart below, showing total operational demand (labelled "DEMAND_AND_NONSCHEDGEN" in the database - catchy, right?):

Forbes didn't source his claim, but suspiciously, it's worded almost precisely the same as Graham Lloyd's claim in this article, which I covered in this blog post: 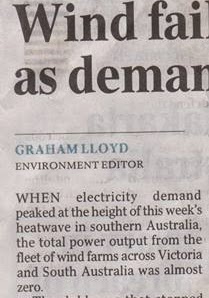 Claiming that 28% output, or 712 megawatts of electrical power, is 'close to zero' isn't a stretch, really. It's presumed no one is actually going to check when peak demand occurred, and what wind was doing at the time. You can really just make up anything you want. Supporting data? Not necessary. Feels are enough.
Posted by Ketan at 11:54:00